Happy American Wind Week! Most people know that wind turbines produce wind energy, or “winergy.” But did you know that wind energy can also make food? Some brands use wind technology to power the facilities that make their products. For others, wind power is part of a holistic approach to making food that is delicious, healthy, and sustainable. As alternative energy becomes more popular, more companies are incorporating non-polluting energy sources into their daily practices. 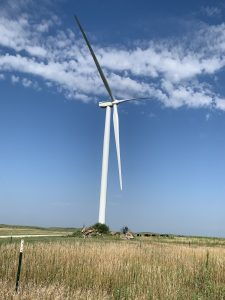 General Mills, which will soon derive 100% of its power from wind, is an industry leader for renewable power. But this is nothing new for a company with a long tradition of using wind technology. In the 1800s, it made products with windmills, which used water power to grind grain. Now, the company is partnering with Steelhead Americas and Renewable Energy Systems (RES), which specializes in onshore and offshore wind projects, to develop a 200MW wind farm in Texas. The project will employ nearly 200 workers, reports the Department of Energy. It will also supply General Mills with renewable energy credits and reduce its greenhouse gas emissions.

Along with beer, Budweiser is known for its creative commercials. Now, consumers can enjoy the news that makes the company’s ice-cold beers even cooler. Recently, Budweiser announced an ambitious plan to derive 100% of its electricity from wind plants by 2025. At that same time, Budweiser plans to reduce its carbon footprint. Its goal is to reduce its environmental impact by 30% in the next seven years. So how will the company share this news with the public? Naturally, with a brand new Super Bowl commercial.

Mars is famous for its M&Ms, Snickers, Milky Way bars, and other fan-favorite candies. Recently, it released good news that will make its world-famous candy bars and food products taste even better. The company has announced it is now sourcing power from 20 modern wind turbines in Scotland. This farm will ultimately cover 100% of the company’s electricity needs for its UK operations. 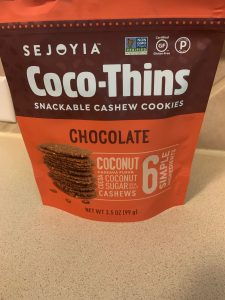 Sejoyia, based in Colorado, designed its entire business model around sustainability and environmental best practices. Its products, which include several varieties of wind-powered cookies, are made exclusively of all-natural and organic ingredients. Sejoyia is also completely reliant on American wind energy to supply its production facilities with energy.

From globally recognized businesses to smaller companies, many corporations are weaning off fossil fuels and turning to clean, renewable wind power to energize their facilities. This, consumers agree, makes their favorite foods taste even better.