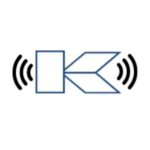 Kurz Wind Division was able to sit down and discuss the evolution of this Southern California man to a leading lifestyle brand in the Wind Energy sector.

Tower Climbing Grease Monkeys wasn’t a quick-profit business. In fact, it started as the name for his band.

Climbing up and down tower with the men and women of the Wind Industry, Neal started to find himself singing songs and making music about Wind.  Without a true band in place, his buddies started to give him a hard time.

“It came to me and I thought, ‘this is it.’ The name of the band can be Tower Climbing Grease Monkeys.”

While the band never hit the Billboard Top 100 charts, the thirst for community in the Wind Technician field pulled Neal in a different direction. Instead of dropping his first album, he went to his boss and said, “Now is the time.” He left his job without a clue how he would turn his idea into his full-time gig.

Quickly, Neal was able to secure sponsorships from companies like WD-40 that gifted him free ‘swag’ to hand out to sites and technicians all over the country.  He decided to embark on his first Wind Farm tour across the West coast and the feedback was phenomenal.

“Hey, you’re the guy that’s from Tower Climbing Grease Monkeys.  I was hoping you would show up!”

The first tour was a massive success, and it led to more sponsorships from companies pushing for progress in Wind.

It has quickly grown into 16,000+ Wind Energy employees, primarily techs, talking about anything from life, industry best practices, and even providing ambitious men and women a chance to land their dream job.

“[It gives Wind Technicians] the sense of community where you can go into there and laugh about certain things that only wind techs can laugh about. A lot of large companies sift through that group to find qualified candidates.  We encourage all techs to join and contribute positively to the community.”

Often, Neal has received private messages from forum members thanking him for providing a platform where a technician was able to secure a job based on their positive contribution to the group.

The Tower Climbing Grease Monkeys Vision – Continue to Give Back

The job of the Wind Technician is far from safe.  Neal talks about the dangers of the job and how many people lose their lives or get seriously hurt climbing.  His next initiative is to create his own charity to assist with those who have experienced injuries or fatalities in Wind.

“I have been warned that it is a lot of work. I have done this at the right time.  We can put on events, competitions, and have some money to give to people who have fallen on the job. Something that is completely selfless. We can call it TCGM Gives.”

Neal is also amidst working on an anonymous safety platform to prevent tragedies from occurring.  This would be a place where you can discuss and share near misses and propose viable solutions to improve safety standards and best practices.

On a personal note, Neal started this business and brand from the perspective of “give first.”  While he does sell merchandise and rep brands across the industry, he’d ultimately like to change the way Wind Technicians work and interact. I was taken aback by his willingness to change the culture of Wind.

Down the road, you may see him driving around in a Mack truck with a 53-foot trailer “transformer style” with different products to give away across the continent.  For now, he’s planning on keeping one foot in front of the other and leaving a positive impact day by day.

If you want to see where you can read about more of Neal, buy swag, and learn more about the TCGM community, check out the links below.  You can also reach him at Neal@tcgm.us.