If you were asked to name the windiest city in the United States, “Chicago” would probably be your answer. Its nickname is “Windy City,” after all! But in reality, there are actually many cities in the country that are windier. When naming the windiest city of them all, the National Climatic Data Center uses data collected on average wind speeds to determine which place has the highest average wind speed. Some places, particularly along the West Coast, tend to have higher sustained and storm-related winds that affect their annual averages. Others, like the Midwest, have periodic storms that produce tremendous amounts of wind. With nearly a dozen of the “windiest cities,” Texas is also high on the list, too.

The Windiest Cities in America

By location, the place in the United States with the highest average winds is Mt. Washington in New Hampshire. The state with the highest number of windy cities is Alaska. Alaska’s windiest cities are subject to frequent, harsh winter storms that cause higher annual wind speeds. Many of them also lack natural barriers from winds. However, other locations in the US have strong winds, too.

On the opposite side of the country, Massachusetts is home to some of the highest sustained winds nationwide. The Midwest, which has open plains, also has some very windy areas. It might be surprising to see a land-locked state like Kansas on the list, but a single gust of wind from a tornado or thunderstorm (of which there are many) boosts the state’s overall average wind speed. 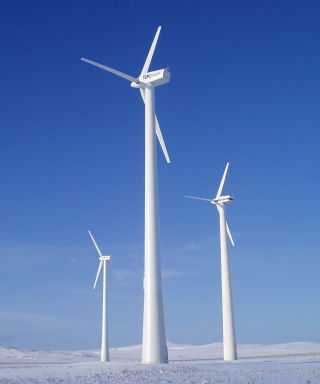 In contrast to these cities, the average wind speed in Chicago is less than 10 MPH in a year. It’s important to note that average wind speeds in a location are lower than maximum wind speed. So if you’re planning a day outside, be sure to check the weather forecast or consult a weather app first to determine what the winds are predicted to be for that day. This is especially true in coastal locations, where strong winds can produce dangerous waves and currents.

Many factors come into play when evaluating a location’s wind speed. Averages are collected through sophisticated equipment at weather stations. Personal wind turbines, however, are useful for collecting data, too. A weather map shows which areas are likely to see the greatest wind velocity as well based on geographical factors. Along with historical patterns and geographic factors, changing national weather patterns and differences in seasonal weather patterns can also play a role in calculating a location’s average winds.

From coast to coast and many places in between, there are many locations in the US with impressive winds. Don’t be surprised by a strong wind gust in Kansas, Texas, or Alaska that knocks you off your feet. Some cities and locations are predictably windy as forecast models show, but others come as a surprise. Needless to say, now you know the top windy cities in the US. And it’s not Chicago!